Near the end of the recent documentary about Mr. Rogers, "Won't You Be My Neighbor" - there was moment he said "I don't think anyone can grow unless he really is accepted as he is". This resonated very strongly with me and relates to a concept I work to impress upon my students.

Life a process of moving forward through time. We are shaped by circumstances and experiences and our reactions to them. We are the sum of all our experiences and greater than the sum of our parts. We are all uniquely flawed, striving, struggling and figuring it out as we go. Learning is entwined with living if you're fully engaged in it. And learning is done through trial and error.

The young actors I teach, come to school filled with passion to express themselves through story and character. They are sometimes perplexed when asked to shift the focus to themselves, to learn more about their own unique individual complex selves. 'There's an idea that acting is putting something on, rather than revealing something about yourself' says a colleague of mine who teaches first-year actors. These young men and women begin training their voice and bodies to do what is asked of them imaginatively - but many times overlook (or undervalue) what's going on in their minds.

I spend several weeks every term emphasizing the importance of 'nonjudgmental' observation. The second we start thinking right vs wrong, good vs bad, we leap to 'fix' it. Or start criticizing ourselves, or freeze. The more students value perfectionism over discovery the harder it is for them to them to be open to the unknown. In fact it's rather impossible to do so.

According to Mr Rogers, "the most important learning is the ability to accept and expect mistakes, and deal with the disappointments that they bring." What if we were able to value the error part of 'trial and error' just a little more. I think many of us just stop trying, out of some idea that too many errors is an indicator of not being good enough. We don't deal with the disappointment of struggle well at all. We want immediate (and perfect) results.

My first Alexander teacher's advice was "let be what is". When I was in graduate school, I had terrible back pain, I had a lot of defenses and an answer for everything. All of which was getting in my way, none of which was I told to change - just let be. Let myself alone and stop trying to be perfect or control every outcome. The more accepting I became of being 'in process' the less I needed to get it right, the more open I was to growth and change. And then to my surprise, everything changed.

Through the practice of the Alexander Technique, students develop more awareness of their unique habits of 'misuse'- both physical and mental- that interfere with optimal functioning. Most of us, in our stressful modern lives collapse through the spine when sitting or lock the knees when standing, for example. Traditional AT teaching focuses awareness on the balance of the head on the neck and how it affects everything else. But habits of mind can cause just as much held tension. Worry can lead to holding breath, or grinding teeth. Self-critical thinking can twist us in knots just as if we were being scolded. The body responds to and holds on to experience both real and imagined whether we are conscious of it or not.

Our own habits are as unique as our fingerprint however and it takes time to become familiar with them, and even welcome them more fully to the experience of being alive. Frequently when we learn something new, there is a leap right after discovery (of a 'problem') to correcting it immediately (finding a 'solution') - but slowing down the whole process and accepting what we find rather than immediately running away from it is actually more effective. The habit of rushing to a result, what Alexander called endgaining, is so common in every aspect of our lives it's hard to see how it gets in our way. It is also often unconscious, and sometimes misguided, and frequently related to past moments or events and not what's happening in the here and now.

On the spectrum of human behavior few could argue that Mr Rogers didn't rise to a level of excellence that could be considered nearly perfect. But he likely wouldn't agree, because he valued each imperfectly unique individual. If only we all could.

In defense of analog 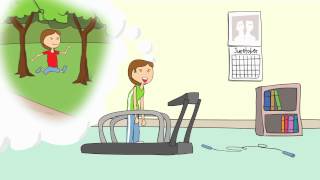 What is the Alexander Technique?

"I have tried everything else"

The Subtle Art of Not Giving a F*ck

In defense of analog